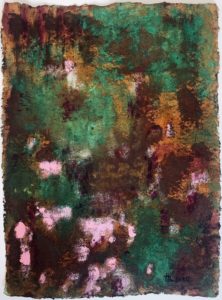 During the German occupation of Greece in World War II, partisans of the Greek People’s Liberation Army ELAS, captured about 80 German soldiers in mid-October 1943. On December 7, about two months after the capture, the German soldiers were found killed on December 8 by the occupying forces. The 117th Fighter Division, under Major General Karl von Le Suire, began destroying Kalavryta and 25 villages the following day, 9 December. The national sanctuary of Agia Lavron Monastery was also completely destroyed.

On 13 December, all villagers were ordered to go to school, and women and children were imprisoned there. The men aged 14 to 65 years were led above the village. The school was set on fire while the men watched from the hill outside the village. Fortunately for the women and children, an Austrian soldier opened the doors of the school so that women and children could escape. – The soldier was shot. – The 696 boys and men were executed with machine guns. Twelve of them survived the massacre.

During a stay in Greece I took the narrow-gauge railway from Diakovto through the wild mountainous landscape to Kalavryta. The fate of the place was not known to me until then. In the course of conversations with local people I became aware of the extent of the drama. I, as a German, felt guilty. On the hike back through the beautiful Vouraikos gorge the fate of the people occupied me and has not let go until today!
– War is a plague of humanity –